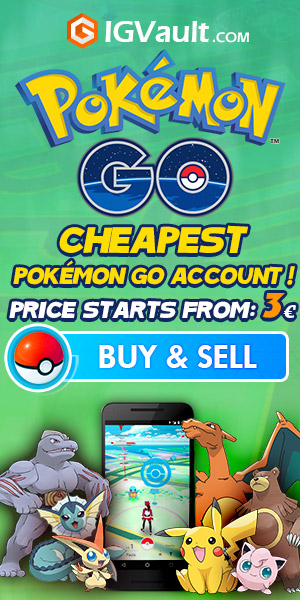 Let’s all be honest from time to time work, school, and kids can keep us all pretty busy in our day to day lives. Sometimes you really just want to play a certain game or finish up a project you’ve been working on, but just can’t quite find the time.  For most games this isn’t really that big of a deal, they simply don’t change much and you can just load up a save file at any time to start making progress again. With games like the beloved Pokemon Go app, however, that certainly isn’t the case.

You see the problem with Go is it’s an ever updating/changing game that takes a lot of time to get around in. At lower levels, you can’t really participate in gym battles at this point because most trainers have Pokemon at least over 1,000 CP placed in gyms. It’s also hard to hatch Pokemon as you must have the app on and constantly walk around to build your meter. While it was once possible to leave the app on while you drove around town at low speeds to hatch them. Now with the new safety updates, a warning pops up that you must click to unfreeze your game at anything close to a slightly high speed.

So, whats a guy to do if he wants to play competitively or get the Pokemon he desires quickly? Well, there’s really two options either go on holiday from your daily activities to play a hardcore round of Pokemon Go for days or simply go to igvault.com which sells pre-leveled and Poke-filled Go accounts at decent prices.

They even offer free accounts to reviewers to prove authenticity! As covered in this video:

Why igvault you ask? Well for starters they have 24/7 chat support where you can talk to a real person about any questions you have related to their products.  They also process 90% of all orders in at least 15 minutes and offer refunds if you change your mind before it’s finished. On top of that, igvault has been around for quite a bit of time before Pokemon Go, it was started in 2006 and they have a lot of game related exchanges under their belts.  On top of all of that you get the ability to look into the stats of the accounts.  So, if you’re looking for something that will give you a quick boost but isn’t all the way at the finish line you can simply look at the pokedex and level number and select how far you want to be in the game prior to playing it, listed below are the features you can check on a profile details page.

So, as you can see it’s a much better route than buying from random sellers throughout the internet. igvault is a professional, safe, and established company that can take care of your account purchasing needs in a professional environment. The accounts are also able to be bought from anywhere in the world making it a secure marketplace for anyone in need of a Go boost anywhere in the world!