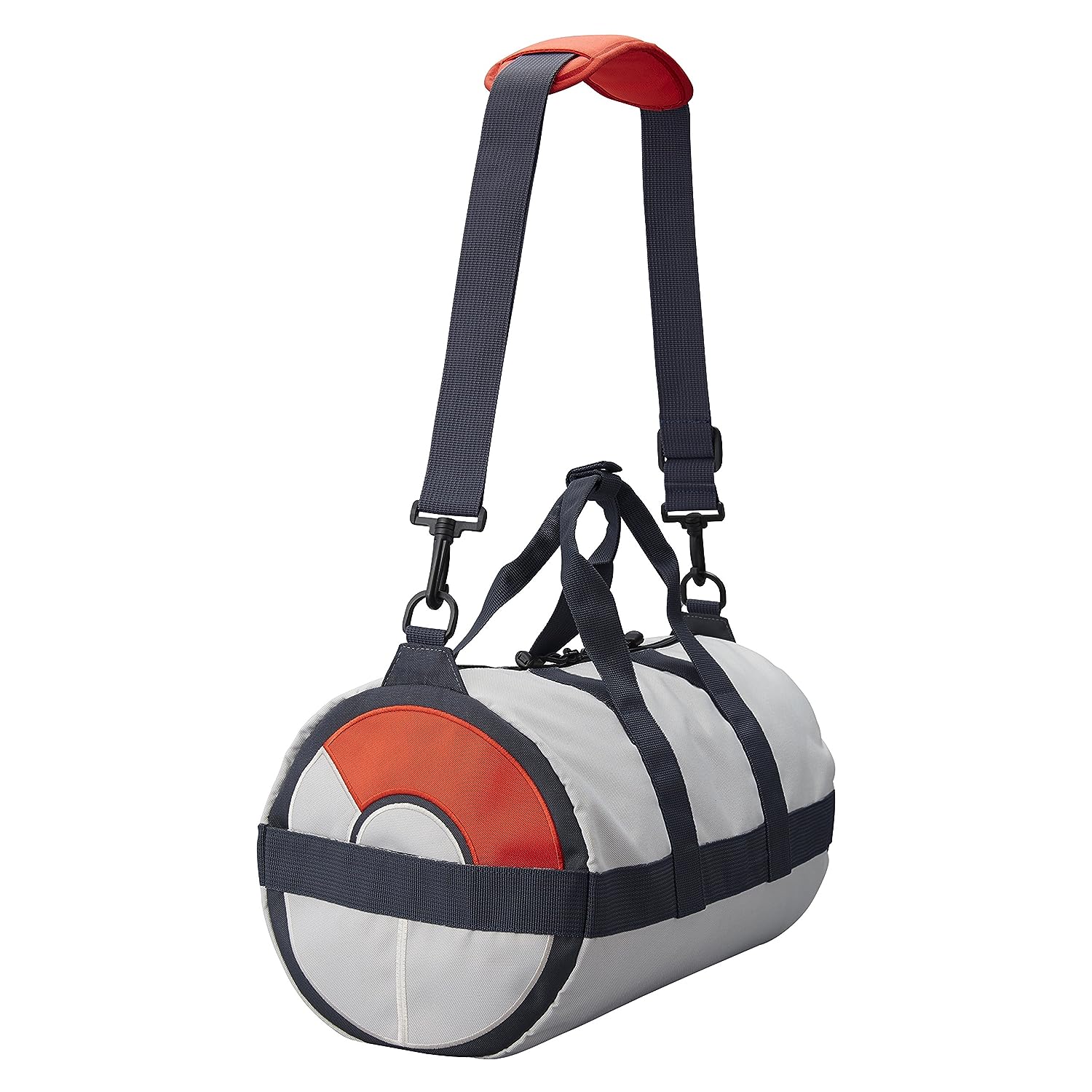 If you have got the chance to play Sun and Moon then you probably know about Lillie’s struggle to keep Nebby in her bag. While Lillie has the best intention for keeping Nebby safe he seems to have other ideas as he often wanders away from her finding himself into all types of trouble. Being the kind trainer you are, of course, you often end up running to the rescue to save the duo from harm’s way. This quickly became a pretty popular internet meme among the Pokemon community gaining steam almost instantly after the game’s release.

Luckily for Pokemon fans who really got into the duo’s struggle, The Pokemon Center has produced a replica of the infamous bag for you to own. The bag is great for cosplay or as a piece of Sun and Moon memorabilia, but sadly does not come with Nebby as it looks like he may have escaped during the bags transfer to the warehouse. For overseas users, Amazon has started selling the bags from their store online with hilarious feedback from trainers and what appears to be Nebby himself in the comments section.

The bag currently is going for $143 USD and is a little pricey for non-collectors.  This is likely due to the bag being a limited item and the import costs that Amazon will be looking at to get it to you. If you are interested however just click here to be taken to the sale page for the item. For everyone else be sure to read some of the great commentaries from the review section of the bag!

As we all travel through the new region of Alola in Pokemon Sun  and Moon we will surely be discovering a lot of new Pokemon and with them learning about the lore of the Pokemon world. Every generation is accompanied by a Pokedex full of new entries, both expanding on the information about our favorite Pokemon we’ve known for years and adding entries for the new friends were just gaining access to. So we’ve perused some of the new entries and picked 5 that stand out for various reasons and seem to add something interesting to the lore of the Pokemon world. 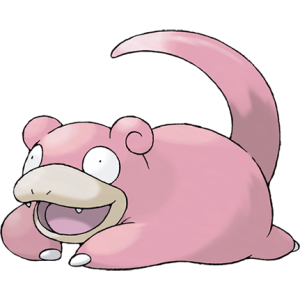 With this new generation, we get a response to the long-standing questions about how Slowpoke feels about people eating its tail. The answer is found in Sun’s Pokedex:

” Its long tail often breaks off. It doesn’t really feel any pain, though, and the tail grows back, so Slowpoke isn’t particularly bothered.”

So the new Pokedex entry confirms it, Slowpoke is totally OK with you eating its tail. Maybe those Team Rocket grunts from Gold and Silver weren’t so evil after all? 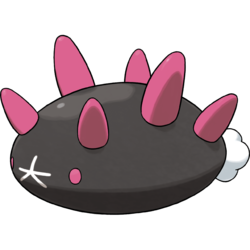 Many Pokemon battle in strange ways using various parts of their body. Pyukumuku however, takes the strange to a whole new level. The entry from Sun’s Pokedex reads:

“It lives in shallow seas, such as areas near a beach. It can eject its internal organs, which it uses to engulf its prey or battle enemies.”

So it just sort of shoots it organs out to attack you. This is probably more effective as psychological warfare than anything else. 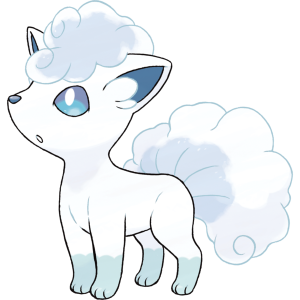 ” It exhales air colder than -58 degrees Fahrenheit. Elderly people in Alola call this Pokemon by an older name-Keokeo.”

So Alolan Vulpix can potentially freeze things with its breath, and the older locals have a completely different name for it. This opens up some interesting details for lore speculators about Pokemon history. 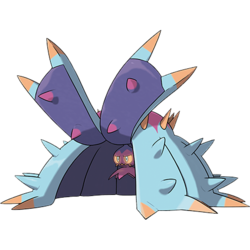 A new Pokemon this gen and the evolution of Mareanie, these Pokemon are predators to the adorable generation two’s Corsola. Although what makes their Pokedex entries interesting is the Moon entry:

” Those attacked by Toxapex’s poison will suffer intense pain for three days and three nights. Post-recovery, there will be some aftereffects.”

So, what are the aftereffects? It’s interesting to wonder exactly what type of long term damage a poison could cause. It also must be a very well recorded incident of it poisoning people to know it takes exactly three days and nights for anyone afflicted. 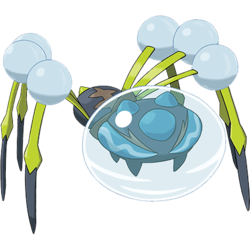 Everyone loves reading the disturbing side of Pokemon, and every generation introduces some dark Pokedex entries. This one is extra disturbing, because the entries contradict each other, leading it to seem like the new Pokemon Araquanid may be a sneaky monster. The Moon Pokedex entry reads:

” Despite what its appearance suggests, it cares for others. If it finds vulnerable, weak Pokémon, it protectively brings them into its water bubble. ”

That sounds lovely until you read Sun’s Pokedex entry:

” It delivers headbutts with the water bubble on its head. Small Pokemon get sucked into the bubble, where they drown. ”

Horrifying. But what’s worse is that whoever wrote the entries had to purposely put a hint in that Araquanid actually pretends to help weak Pokemon, only to actually kill them most likely for food. It’s dark, but it’s also an interesting thing to discover when comparing the versions and is a well-placed detail.

So, those are five of the most interesting Pokedex entries for Sun and Moon that we’ve seen so far. They, of course, are an opinion and grabbed our attention for different reasons and they’re definitely not the only interesting ones.

What are your favorite entrees? Let us know in the comments below!

With the new generation of Pokemon games having released, we’ll soon be seeing a new season of the anime following Ash Ketchum’s adventures in the new Alola region to accompany the games. This time around there are going to be some major changes to the show’s formula, as the directors have announced they plan to take the show in a new direction.

Last season of Pokemon turned out to be a fairly popular one compared to the last few years and was considered to be more serious than others. Ash was given an actual love interest through Serena, and everyone on screen had some great character development. This season, however, is going to take on a comedy approach, and instead of journeying through Alola Ash will be enrolled in trainer’s school. The art style is also being tweaked to be more bubbly and rounded to fit the new direction.

This will be a big change for the long-running series as it has been mostly presented as a serious, albeit child appropriate, adventure since the mid 90’s. Ash Ketchum has entertained children through all the regions shown in the main line Pokemon games, as well as the Orange Islands arc that introduced an entirely unique island region. There have also been several movies that portrayed some heavy themes, such as the famous scene from the first Pokemon movie where Ash was actually turned to stone and Pikachu cried while a horrified cast of trainers watched the ordeal in shock.

While the first movie, of course, ended happily, it proved the kids show had potential to really hit home with the story they presented. So for longtime fans the new direction may seem a bit off-putting to the long-time fans, it definitely has potential. Its also not the first time we’ve seen a bit of a change in direction as each season has been different from the last, and the series is no stranger to the comedy genre.

Pokemon Sun and Moon are bringing with them several changes to the Pokemon formula. Not only are classic Pokemon getting new forms just for the new regions, the official site even states that the region operates on its own terms and is quite different than anything we have visited before.  The regions are getting rid of day and night cycles to push their story forward instead of focusing on the formula.

Sun and Moon are taking some drastic turns compared to the other handheld games in the series.  First off they seem to be leaning towards giving the Alola region itself deep bits of lore and it’s own history, which they will use to change the core gameplay mechanics we are used too.  As it appears now we may even forgo the classic gym battles and possibly the Elite Four in exchange for island based challenges.  We have been told that islands will have leaders called Kahunas that will be challenged when you finish trials on the islands. The trials will vary from battles to finding items to progress in the island’s quests. After you finish gathering your quest item you will be challenged by a boss know as a totem Pokemon.

Totem Pokemon will be larger than other Pokemon of the same name and have special abilities. When in battle with them they will also have the option to call in other Pokemon to fight you as well. There are 5 islands you have to make it through one of which is man made instead of being nature based like the rest.  If you manage to make it through the totem you will then end up in the Grand Trial for the island that once beaten will give you recognition across the region and allow you to progress in the story. We aren’t completely sure how the progression will take place at the moment, but it can only be assumed that we are taking out gyms as we have seen art for everything but leaders at this point.

On top of all of this, there will be two different organizations as well as ultra beasts that you will get entangled with. Team Skull is the suspected bad guys of the generation and have the mysterious Type Null Pokemon by their side, in the story; they will mess up trial sites and be involved in robbing trainers of their Pokemon.  The Aether Foundation has constructed a man-made island to take in and care for different Pokemon, they also do research on the mysterious ultra beasts that threaten the island.  Finally, Ultra Beasts are mysterious Pokemon that are named with code words that have been causing disasters around the Alola region for unknown reasons, we do not know how many there are or what they currently want.

Along with all these changes, there will be new Z moves that involve buying a separate item to use. The Z- watch will be sold in stores with Z crystals and will link to your 3DS to be used in battle. Other than these changes we are still waiting to find out more information about the changes in Sun and Moon. On the bright side it looks like Pokemon-Amie will be returning in a new version and we have confirmed avatar customization for your trainer.