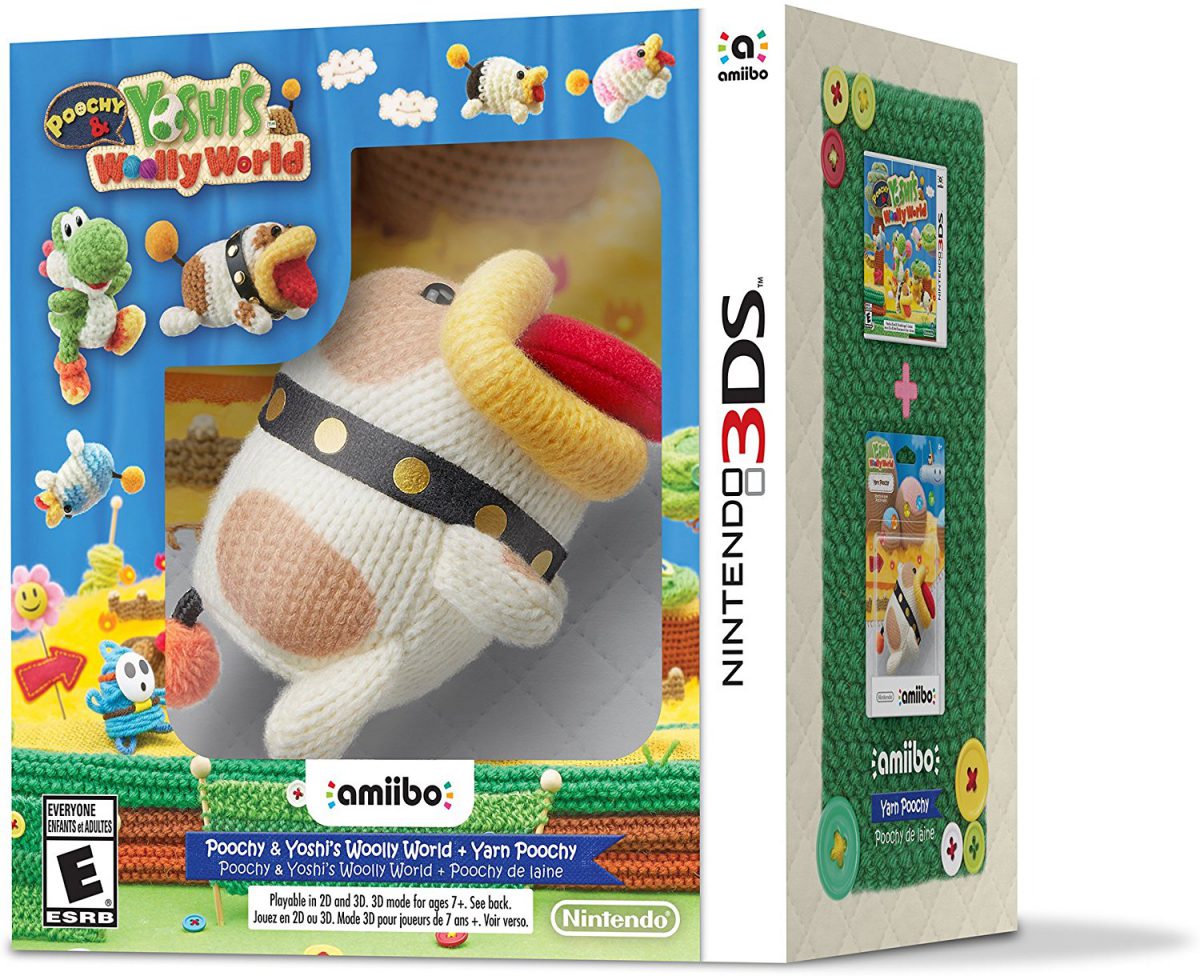 Yoshi’s Wooly World was a popular Wii U title released in October of 2105 that delivered something fans of Yoshi’s Island had been waiting for. The game features a unique design choice of presenting the world and characters as made of yarn and also utilizes this in interesting ways in the gameplay. More exciting news comes as Nintendo has announced that on February 3rd a 3DS port of Yoshi’s Wooly World will release, called Poochy and Yoshi’s Wooly World, and it will have new content as well.

The 3DS version will continue amiibo support, and a bundle with the new Yarn Poochy amiibo will be available for $49.99 USD. The game will contain all the content from the original Wooly World release as well as some added bonuses. There will now be time trials that put players in control of Poochy for extra challenges. There are also added stop motion cutscenes to explain the story of Poochy and Yoshi in their world made of yarn.

For those who opted out of a Wii U, this port is a great addition to the 3DS library. For fans of the Yoshi series, this is a great spotlight for Poochy that many will enjoy, especially with their new Yarn Poochy amiibo. The game will run the usual $4o USD without the amiibo bundle, so if you haven’t picked up Yoshi’s Wooly World yet, be on the lookout in February to try it out on your 3DS!