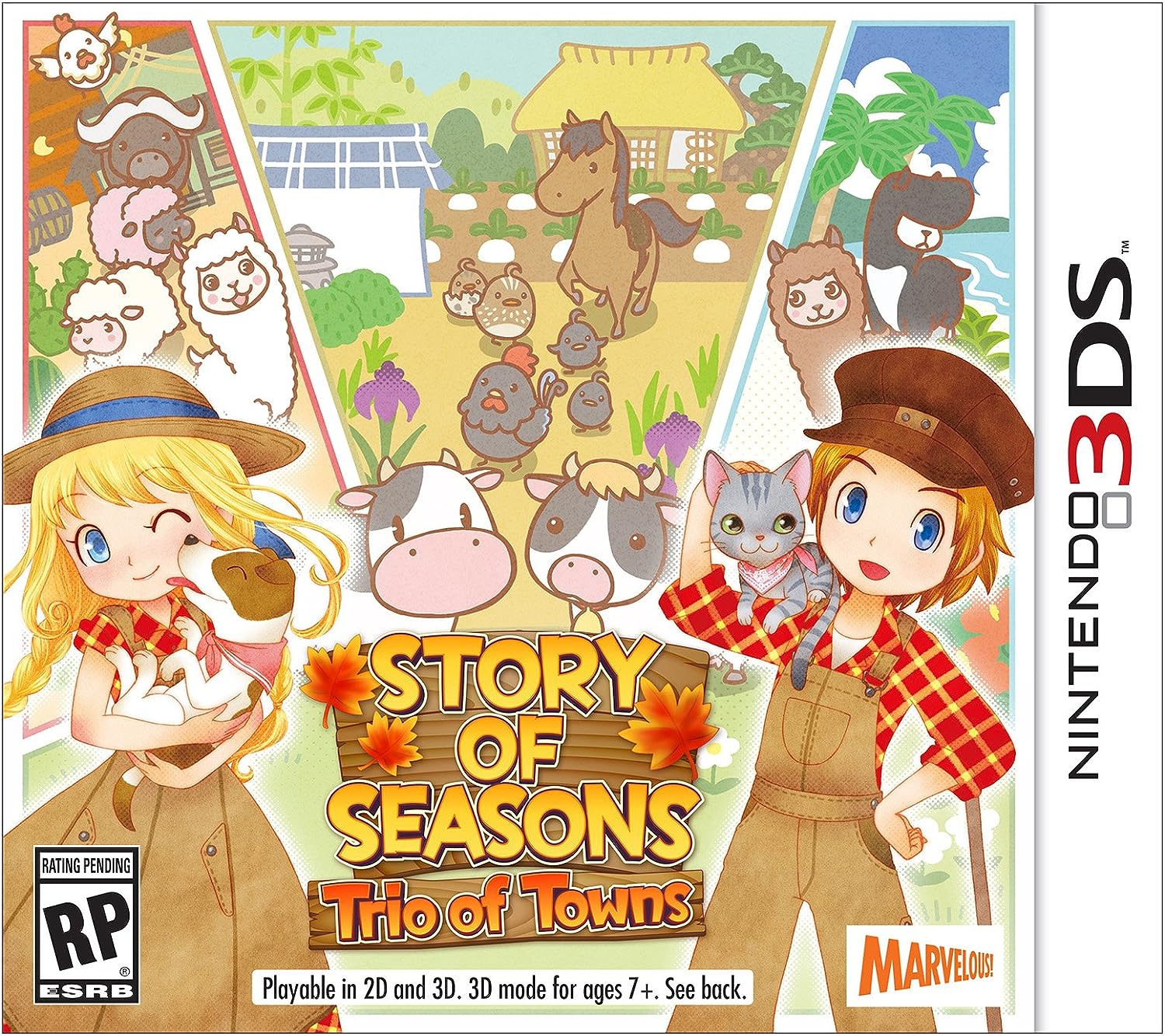 The Harvest Moon franchise has been going since the days of the SNES in 1996. The series revolves around a story where you generally end up inheriting or buying a farm in a town you’re not familiar with. Over the years the game series has immensely improved on features and formula to become a staple of the gaming world.  Harvest moon games have featured everything from story driven tear-jerkers with deep character development to achievement hunting for magical music notes.  The series also has a strong presence on DS consoles and has just about something for everybody looking to get into the series.

First off, we should explain that Harvest Moon has had a name change to Seeds of Memories in the U.S.A. and while there are still Harvest Moon games being made, they aren’t from the mainline series. There was recently a split between the company Xseed who wanted to import the games and Natsume who wanted the name to make spin-off type games. This has triggered a lot of confusion for gamers, but needless to say, while the spin-offs are different, if you happen to pick one up they still have quite a bit of the original formula involved in their gameplay.

Moving on to some of the games you can get for your DS. The most current mainline Harvest Moon game is called “Story of Seasons” and has you growing your farm over a large plot of land, it features the most updated cast of animals, mechanics, and all new characters to the series. The game also is one of the first to feature the long awaited character customization feature of the series. If you’re interested in a less expensive, but equally as fun Harvest Moon game you can purchase “A New Beginning” for about 20$ USD less than “Story of Seasons.”

What can you do in these games, though? In Harvest Moon games you can, of course, grow crops and raise animals on your farm. If you don’t want to make money that way you can scavenge, fish, mine, win festivals, or in some games you can even pick up odd jobs to do. One of the main draws to the series is the marriage system where you woo a potential partner with gifts and by triggering cutscenes eventually win them over. In the story driven games you can complete tasks like milking a cow for the first time to earn achievements that expand the town and pull you closer to finishing the story, see Magical Melody and Sunshine Islands for this type of gameplay.  Other types like Save The Homeland and A Wonderful Life are heavily story driven games where you roleplay the life of your character.

If you are interested in having the newest of the new features in your first Harvest Moon playthrough look into “Trio of Towns” the official cannon line of games next upcoming release. If you don’t want to wait until  February to play then pre-order “Skytree Village” for your 3DS. Skytree village is under the Harvest Moon name and made by Natsume, it will be releasing at the end of this month.