With the recent release of Pokemon Go, it has completely altered the way of outdoor activities. Dare I say that it is revolutionary? That being said, Poke’ Goers have been able to fully utilize the exploratory requirement of the game – particularly in the case of hatching eggs which is obtainable at Poke Stops. There were and are many efficient and creative ways people have done this. Whether it is using a drone or any other creative hacks, everything is done for the benefit of gaining more and exerting less effort – which is essentially the same idea or motive for the progression in technology. Though, people have not become too creative by the ignoring what I would call the “speed rule” – which is basically a mechanism that the developers placed to ensure some level of difficulty of hatching eggs.

Being aware of this makes you think of the motives and experiences that would enable Poke Goers to seek out alternatives to walking. Of course, there are numerous of reasons such as not having the time to walk, trying to win a competition of who can catch em’ all, being lazy, or maximizing efficiency. All of these are most likely the motives behind seeking alternatives. The question is does it defeat the purpose of what the game was designed for? Or how the game is meant to be played?

What do you think? Let us know in the comments below. 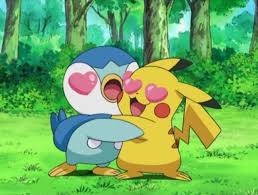 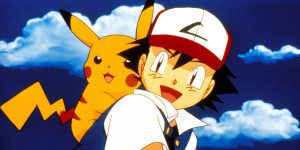 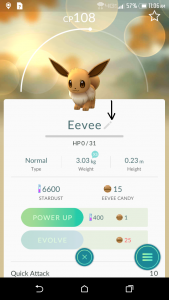 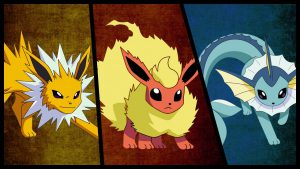 Pokémon Go is one of the most popular games of all time. Being that it gets folks outside, it’s unlike any other video game we’ve seen in the past. No consoles or computers are needed, just your mobile phone or tablet and for serious players, an external battery for Pokémon Go.  It’s not uncommon to see people walking through the neighborhood or into the street with their eyes glued to their screen in an attempt to catch ’em all.

Unfortunately, doing so has already led to accidents and will likely lead to more in the future if players don’t come up with a better way to visually multi-task.  That’s exactly why Recon has ported the popular game to the Recon Jet Smart Eyewear

, a pair of Android-based smart glasses the company released last year. The setup leaves much room for improvement, but so far, it’s a great example of what we have to look forward to in the future of augmented reality.

Given the Jet already has GPS, WiFi and a fully baked operating system, it wasn’t difficult for Recon software developer, Patrick Cho, to move Pokémon Go over to it as a standalone app. The caveat here is that the Jet doesn’t have LTE, so you’ll have to figure out how to get WiFi if you’re out and about. Using a hotspot connection to a phone for your internet connection is a good idea, but that requires a second device. Cho also had to reorient the Pokémon Go screen from portrait to landscape mode to accommodate the Jet’s 428 x 240 resolution display.

Being an unofficial port, there’s a need for optimization as there’s a feeling of lag in the app, which is prone to stalling and even crashing. So far, the app feels like a good proof of concept, but definitely needs some more work before it’s ready for prime time. The best part is that the game takes up only a small corner of the wearers peripheral vision. You can still see and interact with the world as you play the game. This way, you can track monsters and still be aware of your surroundings.

Of course, the potential downside here is that the Recon Jet’s battery life likely isn’t long enough to withstand hours of play, but we’ve already written about some good battery solutions that can charge any USB device, so that could be an option as well. Being able to play Pokémon Go without having to keep your eyes on your phone is much safer, either way. Maybe with enough tweaking, it’ll be a real solution in the future of AR and mobile gaming.

In a world of mobile devices, one thing we all could use a little more of is power. With the rise of gaming, maps and augmented reality, phone and tablet batteries are going to need to step it up on capacity, but for now, there’s portable charging docks. Batteries come in a whole array of sizes, shapes, capacity, and amperage options. Some charge one phone while others can be used to charge a phone and tablet simultaneously. We’ve gone through and collected the best ones for Pokemon GO players. All of these are small enough to fit in your pocket or a small bag, are lightweight and work for both Android and iPhone.

Pros: Inexpensive, adds roughly one full charge to most iPhones and Android phones, PowerIQ Fast Charging up to one amp

Pros: Charges up to 4 devices at once, Fast charging for phones up to 7.5 times, Smart shut-off prevents over charging, Duel input reduces charge time by 50%, small built-in flashlight, 18 month warranty

Pros: holds and protects phone when not being used, clips to belt loop or lanyard for safety, up to 2 full charges

Pros: Protects phone from scratches, no cables to carry with you in order to charge, looks much sleeker than most external batteries