There has been many memes and stereotypes created ever since the release of Niantic’s most successful game, Pokémon Go. All of which, have been fully embedded within the Pokémon Go community. That being said, people have taken full pride in their allegiance to team Valor, Mystic, or Instinct. These friendly yet divisive teams have been in existence for a while without someone questioning something. That being, which team were the original Pokémon trio – Ash, Misty, and Brock – a part of? Surely, Pokémon Goers would be curious as to know. Why wouldn’t a trainer learn more about the OG trainers, despite the fact that one of them keeps losing? (Let’s not point the fingers)

Well, for all intents and purposes, let it be known that Ash is Team Valor, Misty is Team Mystic (who saw that coming??), and Brock is Team Instinct. There is no disputing it because the evidence is irrefutable.

You might be wondering “how in the world do you know what team they represented?” Well, let me plunge you back into the Johto League. Do you recall this?:

If you have not heard, there has been a lot of talk regarding Pokémon Go Nest that was initiated by those a part of Silph Road. This discussion involves the possibility of encountering an evolution of a specific Pokémon within their Pokémon Go Nest. For example, you can encounter a Charizard or a Charmeleon in a Charmander. A Pokémon Go Nest is essentially a particular small area that a Pokemon is commonly located. So the next time you are out and about fulfilling your dream of becoming a trainer, make sure to maintain composure when you encounter the evolved form of the Pokémon of your choice.

Here is the latest list of Nest migrations that occurred that was provided by Pokémon Hub:

There is no concrete evidence or data on the likeliness of encountering these evolved forms. However, rumor has it that, the chances are quite moderate so; there is no need to discouraged if the evolved form of any of the Pokémon denies to be your partner.

This addition via the Third Migration – which is the Pokémon nests relocating – has made it easier for Pokémon Goers to max out their PokéDex, level up, and obtain candies. In light of these changes, it has made Pokémon Go an augmented reality game that is geared towards beginners – which leaves pros in the midst of a fog. If they continue to implement these mechanisms that are geared towards beginners, then Niantic has a huge wave of the loss of revenue heading their way. Hopefully Niantic can implement more content to address this growing issue.

What do you think they should add to address this issue? Let us know in the comments below. 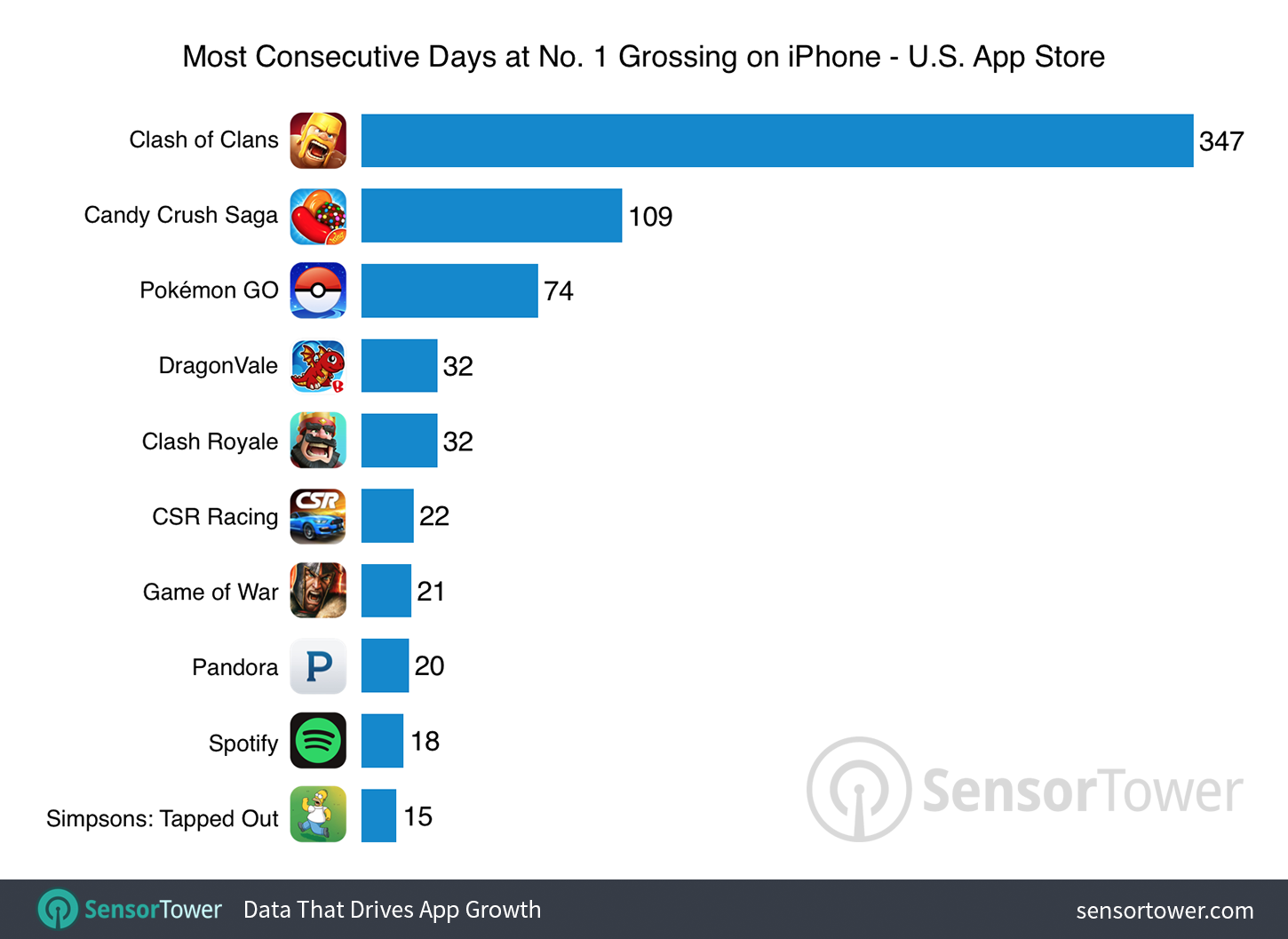 Ever since the release of Pokémon Go, there have been numerous of third parties that have developed ways to assist Pokémon Goers in obtaining the Pokémon of their choosing –  such as this one. These ways include providing up-to-date news, IV calculators, and GPS Pokémon locators. All of these facets of the Pokémon Go community are the key to being a successful trainer. That being said, I am here to inform you all that one of these facets will return to the power of the creators of Pokémon Go – Niantic.

Get a load of this:
Niantic has released a beta version that tests the compatibility of a GPS Pokémon locator in Pokémon Go itself.

This ultimately means that all other programs of GPS Pokémon locators are essentially rendered useless. Niantic providing a company owned GPS Pokémon locator could be considered a good thing or a bad thing. It depends from which lens you are looking through. Of course, for Pokémon Goers, it is a wonderful thing. It provides more accuracy when it comes to the location of the sought out Pokémon. Consequentially, it gives Pokémon Goers a more sense of comfort because they don’t have to put any trust in third parties that create their own GPS Pokémon locators.

Now, you might be wondering why you haven’t seen this beta version. The simple answer is that it was only released in San Francisco, the home of Niantic. However, it is definitely something to look forward to right? Let us know how you feel about this.

Is Pokémon Go Plus fulfilling its expectation as the ultimate gadget of Pokémon Go? So far, that is not the case. With Pokémon Go Plus release date being tomorrow, despite being delayed, the highly anticipated device is creating faces that resemble that of ‘Gloom’s’ on fans. These reactions are caused by the fact that there seems to be a low chance of actually catching the Pokémon. This is essentially adding gas on the fire because, as it is, you cannot catch Pokémons that are not registered in your PokéDex – which has left a lot of fans dumbfounded. Pokémon Go Plus is designed to assist Pokémon Goers by notifying them of nearby Pokémon via buzzing. You are then left with the option to either catch it by pressing a button on the device or to not catch it by completely ignoring the notification. If you decide to catch the Pokémon, there will be an indication of whether the capture was successful or not by emitting green or red light respectively. So far, Pokémon Goers have been receiving the infamous red light – which is causing the unhappy reactions. Not to mention, the lack of options when it comes to which PokéBall you would like to use. Normally, this would not be an issue if it was the handheld game. However, Pokémon Go is not a handheld game and does not provide unlimited resources, so wasting PokéBalls is not ideal – especially if you are a high level.

Ironically enough, there are, what we would call, “positives” to Pokémon Go Plus. Despite the “negatives” I have mentioned, Pokémon Go Plus serves as a tracking system i.e. it tracks the distance the individual has completed. This means that it affects your hatching ability and your candy acquisition in a positive way i.e. you are able to hatch more eggs and evolve more Pokémons. So, that is definitely a plus.

All in all, this has been quite the eye opener for a lot of Pokémon Goers – so much so that there are rumors of a lot of cancellations occurring – which makes me wonder if whether or not Pokémon Go Plus is the ultimate device?

Are you a Pokémon Go fan? Not an ordinary fan, but a huge fan. Like a fan that would go to a meet up just to socialize and catch Pokémon with unknown Pokémon fans. If so, why don’t you present yourself as one? Show the world who you are! There is no shame in that! There is nothing to be afraid of! The world shall know thou allegiance. Whether thou is

Let thy people know what is to lie on thou chest!

Thanks to The Silphroad, we are able to know how many kilometers are needed for each Pokemon to receive their respective candy:

That sums up all you need to know. Happy Pokemon Go’ing!

On the the 8th of September (yesterday), Nintendo finally gave us the expected date to see the release of the Pokémon Go Plus.

Pokémon Go Plus will be shipped starting on 16th of this month. As of now, you can pre-order your Pokémon Go Plus on the UK Nintendo website for the price of 34.99 pounds ($46.42) or, you can purchase it on Amazon for the expected price of $35. Pokémon Go Plus is a device that alerts you whenever there is a Pokémon nearby – which has a very reasonable implication as the game moves forward and includes more content a.k.a Pokémon. This device’s release date had everyone who knew about it on the edge of their seats because the release date was unknown while the pre-ordering phase was initiated earlier in July during E3. So this is quite the sitrus berry for Pokémon Goers.

you will see the specifics used to determine its compatibility.

It is no surprise that the removal of the in game locator had a play in the success of this item; however, the effectiveness and the delayed release of Pokémon Go Plus is being questioned for a couple of reason.

In due time, we shall see.

In a previous article, I faintly discussed about the ethics of the way most people play Pokémon Go. The article was then ended by posing a question regarding your thoughts on these technological and creative practices used to hatch eggs. For for those of you who favor those methods of hatching eggs, I have quite the news for you. The news address the “speed rule” since there is a lot of confusion and/or ignorance about it.

If you skim through the official Pokémon Go support page, you’ll see the section that pertains to hatching eggs.  In that section, Niantic doesn’t provide concrete information, if not any information, as to how fast you can go to hatch your eggs – which leaves you puzzled considering that “speed rule” is implemented in the game. So I took the liberty in doing some observational research and came up with an answer. The speed limit is 15-20 mph.

I hope this serves as a “morning sun” to that “rain dance”.

It was not until recently at San Diego Comic Con, “The Comic Con”, that we received further news about what Niantic intends on doing in the future when it comes to Pokémon Go. This news update consisted of different aspects such as:

However, I want to focus primarily on the Pokémon Trading and partially on the breeding aspects. It is important that I mention that from this point, the content of this article is speculative.

Upon the implementation of the Pokémon Go Trading system, it will of no surprise to find out that it is only limited to certain regions – considering that Pokémon Go is not available in most countries. In addition to that, there most likely will not be international trades. Reason being is because Niantic is a relatively small company when you consider that they only have two homerun hitters – Ingress and Pokémon Go. Not to mention, they are working on acquiring new servers – which means the amount of data and resources needed to operate an international system supersedes their capabilities. So, things are certainly looking grim for that goal, but it is worth mentioning that they are getting pampered by Google and Nintendo – which could make that goal more obtainable. (See statistics here.)

Another potential reason why initially there wouldn’t be international trade is simply the fact that that sort of move is very unprecedented in regards to Pokémon content. By that I mean Nintendo, the creators of Pokémon in its entirety, never immediately implemented an international trading system when it came to Pokémon games. It was always a progressive move to accomplish that goal. Nevertheless, the inclusion of Pokémon Go Trading system will completely change the standard of the game – especially when it breeding is added to Pokémon Go’s arsenal.

Now there is not much to talk about when it comes to how effective breeding is in a Pokémon game – especially if you’ve played the handheld Pokémon games, but if you did not, here are two main things to look forward to:

Note: This is not set in stone and is nothing more than speculations. Take this with a grain of salt.